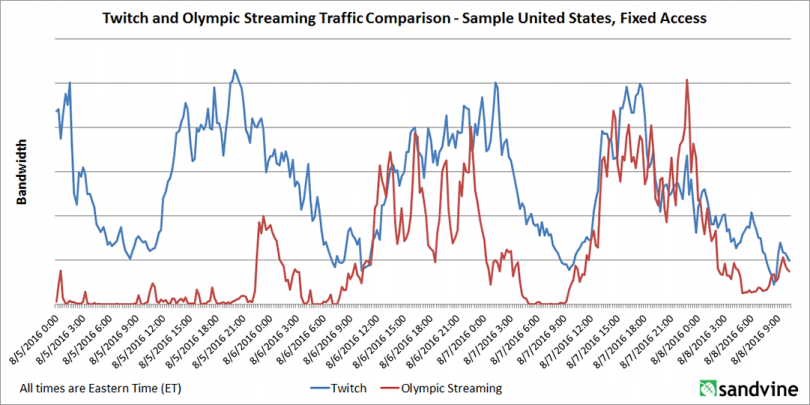 The 2016 Rio Olympics kicked off over the weekend but overall primetime television ratings are down 32%.

We are entering an age where esports provide the most watched entertainment in the world.

The only time that Olympic streaming has outpaced Twitch thus far was during Sundays broadcast of the Men’s 4x100m freestyle swimming final.