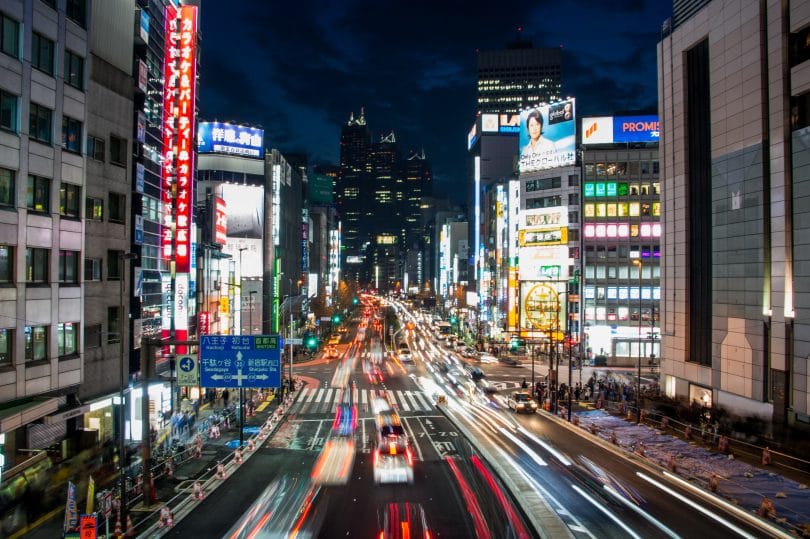 The IRL category on Twitch is about to get an intriguing new addition. From the mind of Frankie Colamarino, who is the co-founder of the ad-agency Problem, comes the launching of the Twitch.tv/Tokyo channel. The channel, which launches today (May 15th), will showcase Tokyo as a city and its many subdivisions, shown from the perspective of local creators and personalities that will be involved.

This project, which has been in the works for over a year, will feature six-hour-long broadcasts with “artists, scenesters, chefs, gamers, ex-pats, and natives”, and will show off the real colors of Tokyo, which will include both the vibrant highs and… at times, the cultural issues that linger just below the surface, such as depression, chauvinism, and other unspoken issues. The show aims to give a full picture, never before explored by the romantic booming tour industry.

Frankie is looking forward to expanding and can see it growing from the 6-hour schedule to a 24-hour schedule if audiences respond.

[su_heading size=”14″ margin=”10″]We caught up with Frankie for a quick interview:[/su_heading]

SN: First of all, Frankie, what is your role with Problem and the Tokyo project?
Frankie: I’m the co-founder of Problem, along with my partner Will. The Tokyo project is totally independent (and intentionally so). We’ve been planning it for just shy of a year and the timing has worked out well in terms of having the technical capabilities and resources internally as well as IRL gaining popularity as a format on Twitch.

SN: Where did the inspiration for Tokyo come from?
Frankie: The original inspiration came from our personal interest and passion for the city, as well as doing business there in the last decade. We also have several close friends and peers who have been living and creating there in recent years and we wanted to create a platform to share their personal stories, experiences, and knowledge of the city.
SN: What can we expect for the future of this project?
Frankie: Tokyo is an incredible backdrop to do anything in and there’s obviously an insane amount of activity happening at any given time. There’s always tremendous continual interest in the “greatest hits” of Japanese culture, cuisine, and commerce, and we’ll certainly consider that, but what’s also a priority for us is to have more unexpected conversations (and, at times, uncomfortable) and show a side of Tokyo not often seen or referenced, even with current IRL broadcasts on Twitch. Our Official Tokyo Discord will be essential in helping us hear from the audience and our community about various things they may want us to discuss or learn about.
SN: Who are some of the local creators and personalities that will be featured on the channel? Will you feature local events?
Frankie: Definitely will feature local events, from culturally-driven festivals to venue/nightlife or entertainment related. We’re really focused on working with people from a wide variety of backgrounds and personal histories with Tokyo, from natives to transplants, gamers to artists and creative professionals. We’re keeping specific names under wrap at the moment, but it will be a mixed bag of personalities and perspectives.

SN: From a technical standpoint, what all have you got involved with this? I heard you talk about some backpacks?
Frankie: Yes, we’ve configured a bit of a custom version of theGunRun (gunrun.tv) backpack, making specific adjustments to accommodate data and carrier restrictions in Japan, which we could spend entirely too much time talking about, so I’ll leave it at that!

SN: Do you have any partners or sponsors for this project?
Frankie: Yes, we’ve officially partnered with Discord and the channel is partnered on Twitch.

SN: Awesome! So where can people find out more?
Frankie: