Into the Twitch Wilderness: An Interview with Hunter Wild – Part II

We continue part 2 of our interview series with Hunter Wild. During this part of the interview we shifted gear and talked about his one-year partnership anniversary merchandise, his success tips for other up-and-coming streamers, and if he plans to bring his career painting experience to Twitch Creative.

Enjoy part 2 of our interview series with TheHunterWild!

Streamer News: Back in July you created and released one-year anniversary pins, how did you come up with that idea? That type of merchandise was rather unique.

Hunter: That was another confluence or convergence.

One of my best friends, a friend from childhood, has been working with his family business for a long time now, and one of the things they do is design and produce pins for the military as well as the rodeo, which is a pretty big deal down in Houston every year, so there’s no shortage of business. In essence, several things struck at once and there was the idea.

One thing to note about a lot of the ideas that have been not only arising but also given power and brought into the world and the stream over the last year, roughly, has been due to the management team I created for the stream. Originally it consisted of just one guy, HBFox, then we ramped it up to two but had to tone it back down again.

Well, “just one guy” and myself. But he is doing a significant amount of brainstorming and production as well as community and mod management. The majority, in reality. He and I work together to produce almost everything that the stream has in it now. The only real difference is that I get in front of the camera and he takes more time to think things through.

Streamer News: Those pins are super high quality, your friend’s family business did a fantastic job. Also, working with a team of people professionally rather than going in alone has worked very well for you.

You’ve garnered 24,000+ followers and over 400,00 channel views in about a year and three months. What are some of your keys to success that you would share to a new up-and-coming Twitch streamer?

Hunter: #Sellout I have a series on YouTube, channel name TheHunterWildTV until I somehow get them to take the TV off, that outlines many of the best tips I can give without seeing someone channel and customizing the advice. #SelloutOver

As for overall tips, there are a few. One that is useful for all walks of life is something I took home from a TED talk, “Don’t fake it til you make it, fake it til you become it.”

This has a few components to it in regard to content creation that are all immensely valuable. First, think about what you actually enjoy about streams you go to. Why do you actually watch? The streams to which you return the most often, what is the magnetism there? Don’t just thinking about what’s good, think more about why it’s good and what you in particular like about it. This sets you up for being able to design your own stream in a way that is essentially consistent with who you are when it comes to Twitch.

When I tell people the quote they usually respond snarkily with, “Oh, so I can just fake being a millionaire until I become a millionaire? Easy!”

To a point, though, that is actually true. We’ve seen this happen several times over and there are studies on and documentaries that follow some of these people. It’s about putting yourself into the meta-fold of whatever realm you want to be in.

In this case, with Twitch content creation, you play things out and live your life as though you were already successful on Twitch. If your stream runs as though it were already successful then many people will simply see it as such right out of the gate, thus being more likely to capture their attention for similar reasons to other, more objectively successful streams. On Twitch, perception is crucial, but not everything; necessary, but not sufficient. You can’t actually get away with merely faking it in the way an impostor would. That’s why I mentioned the “why” aspect earlier. Look at great streams, or rather streams that are great to you, and abstract from them what is at the core, not the surface. Do not mimic, but become the thing.

The “what” is irrelevant. They tell a lot of jokes and cuss a lot? Mock their viewers as well as themselves? Give away games? It’s so easy to look at the surface and try to mimick that, but you have to go deeper.

Otherwise, you appear to be transparent and vapid.

Uh, also, try to have a goddamn schedule (which I currently don’t).

Except for a rare few circumstances, start streaming as a hobby and not as a career. Twitch is so immensely over-saturated with starting broadcasters that, as I said, outside of a rare circumstance that you might be in your life, the statistical probability of you succeed professionally from the start is very, very small.

That being said, no individual is a statistic. Be human, be fluid, be open; if opportunity strikes and the time looks right to leap into professional mode with the stream, be ready to take it if that’s something you want.

Do not play AAA titles on the day of release. I know its tempting, thinking that with 75,000 people watching that game on launch day you’re going to strike it rich if you even gather 1% of that viewership. But you won’t gather 1% of that viewership. Even if you’re giving away like seventeen copies of the game. You will be at the very bottom of the game’s directory alongside thousands of other starting streamers with 0-5 viewers. Almost nobody scrolls down that far to find someone to watch, and even if they do scroll down that far, why you and not the other thousands of broadcasters doing the same thing?

If you’re going to play a AAA title, try playing AT LEAST two weeks after the release date. Do your research; look at the game’s directory during your normal stream times when you’re taking a day off of streaming.

If there are still 20 people with 1k+ viewers, don’t dive in.Try to find medium-hype indie titles to play. There’s a waaaaay better chance of breaking out there than anywhere else, in my opinion, unless you’re going the play-one-game-for-a-long-ass-time route.

And you’ll hear this one a lot, play what’s fun. If you are playing a game you hate because you think it will bring in viewers, you might be right. But let’s say 50 people come in to watch you play a game you hate. If it’s their first time watching you and you are having anything but a good time, why would they feel compelled to return? This is who they think you are, the content you provide. Salty, upset, unenjoyable gameplay.

Playing something you love and getting 2 new people in to watch is going to net you way more than 50 new people who never wanna see your shit again.

It’s also considerably better to focus on your existing community than on trying to expand it. If you are constantly bringing in new viewers but are not retaining your existing ones, that’s the antithesis of a community. That’s simply water flowing over rocks, never the same molecule twice.

Having 10 core members of your community but 0 “growth” for a month is superior to 0 core members but 2000 new follows and 50 new viewers, in my opinion.

The thing that’s going to keep you entertained and engaged as the caster is getting to know people, having running jokes, talking with them about their and your lives and preferences, developing relationships. You’ll be excited to see them again the next day, and they you.

That makes for a more enriching time for you which translates to a more enjoyable stream for viewers. That’s what you want.

And, of course, at the end of the day, ask yourself what you really want out of this. Then do what it takes to get that. Sounds simple and sort of is simple. It leads to a mindset. 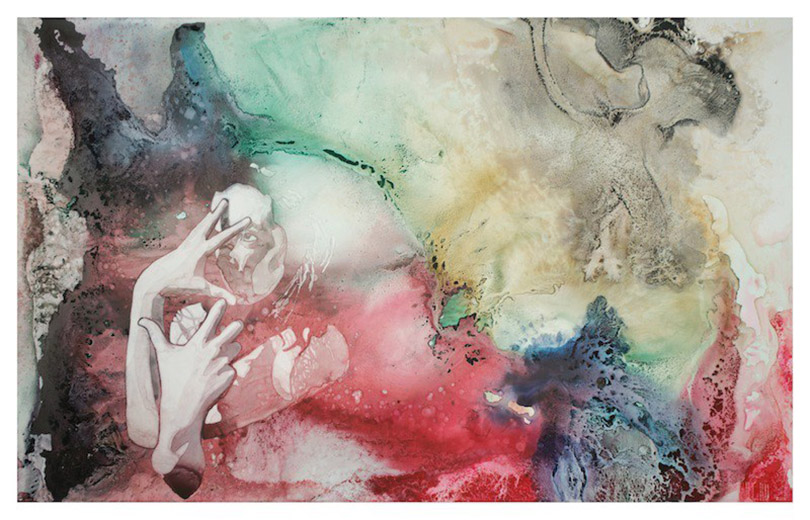 Streamer News: That’s a great quote to live by, there is a ton of TED talk content worth taking a look at and learning from the experts themselves. You really laid it out for a new streamer here and I hope they take your words to heart. Streaming is a very intricate process.

Streamer News: You’ve already mentioned a few times that you are a career painter. A lot of your art is breathtaking and can be viewed and purchased on your website. Have you ever thought about doing a shift in focus towards Twitch Creative to maybe share your process with your community?

I have no intention of shifting to focus on creative, but part of my intention when I started my streaming career was to garner more attention for my art, and that was before creative was even close to a thing.

I absolutely, 100%, am going to be bringing art onto the stream. I have some fairly unique plans on how we’re going to do that, too.

Thank you for the compliment! That always gets my pulse racing hahaha

Streamer News: Awesome, can’t wait to see what you bring to the table! Thank you for your time, if there are any shout outs or final words you would like to say. Please do so now.

Hunter: Thank you for spending this time with me! I’m pretty sure that damn near every human enjoys being able to talk about the things for which they have the most passion, and it means the world that you value any of this enough to bring it to others. 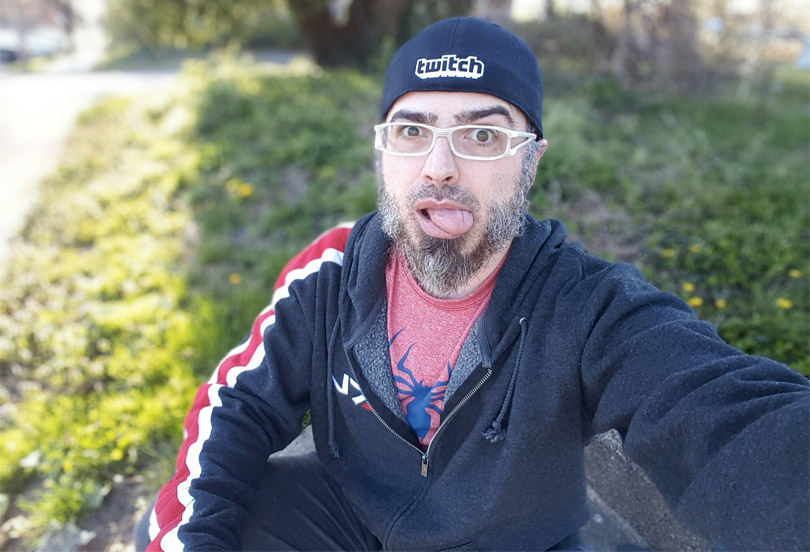