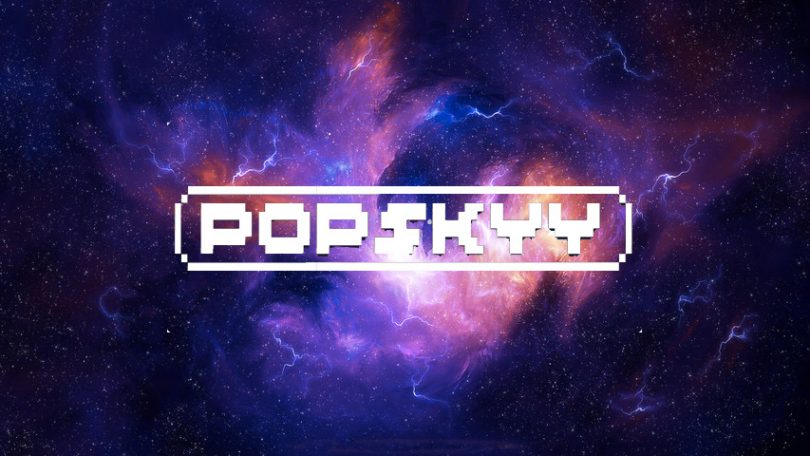 You may not immediately recognize the name “Popskyy” but you have almost certainly heard his original chiptune music all over Twitch! In between teasing us with a surprise collaboration album with tiasu  and announcing that his first EP of the year is out on pre-order, he took the time to share a little more about the man behind the music with us!

Streamer News: I’m a big fan of your music and really appreciate you talking with me! Let’s start with your origin story, as it were! Tell me a little about yourself. Where did you grow up? What was your childhood like? Were you always drawn to music?

Popskyy: Well my name’s Josh and I grew up in Conroe, Texas just North of Houston. I had been there for a majority of life before moving to Humble, Texas.

My childhood was okay. I mostly remember watching Disney movies over and over. My favorite being Toy Story.
I’ve always loved music. Even at a very young age I listened to things like Metallica, Stone Temple Pilots and Jock Jams.

I played tuba through middle and high school and only started it because I thought the band teacher was a cutie and she said she needed a tuba player so I was down for anything!

Streamer News: Ha! I have seen on Twitter that you were hoping to open a music venue with your stepfather. Can you tell me more about that?

Popskyy: We’re looking to open the Venue in 2017 and we have a GoFundMe to help speed things up.

We had a place under the same name (Cains Ashes) in 2011 but had to close due to the landlord wanting something completely different.

It’s been a dream of mine to own something like it and I’ve done it before so I want to live the dream again! 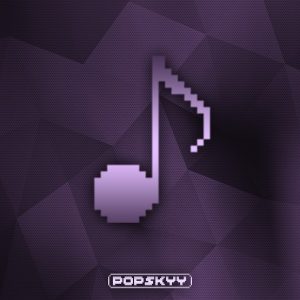 Streamer News: That’s awesome! So, how did you get the name Popskyy? Why did you decide to make music for Twitch?

Popskyy: Haha funny enough it was my Xbox Live gamertag because I played a boat load of Call of Duty. My name had been PoptartKitty because nyan cat was my jam and my friend Chompskyy said we should all have “Skyy Names” to look more intimidating.

The music wasn’t for Twitch specifically, it just kind of happened. Ezekiel_III asked one day if people made music that he could play during streams because Twitch looked like they were cracking down on some copyrighted music. I said I made music and linked it and he loved it. I had actually quit making music at that point but that made me come back and I started to make music dedicated to some of my favorite Twitch casters. I kinda owe my whole career to Zeke.

Streamer News: That’s a beautiful origin story. So you were a Twitch viewer before you were even considered being ON twitch.

Popskyy: Yeah. I started watching after I found speedrunning on Youtube. It was Mike89sda speed running Sonic the Hedgehog at SGDQ 2011 and I was hooked.I googled “Super Mario 64 speedruns live” and was linked to Biinny. That was my first experience with Twitch.

Streamer News: You’re a gamer, also. Did you grow up with video games? How has that influenced your music?

Popskyy: I’ve been playing games my whole life starting with my parents buying me a N64 and Super Mario 64. There was never a point where I lived without some video game console in my home.
It’s influenced my music heavily. I always put little easter eggs of video games in my music and no one really notices or calls it out which is good because that’s the point, I think. I don’t think there will ever be a time where music and games aren’t going to be a part of my life and I am extremely okay with that.

Streamer News: The video game passion definitely comes through in your music – bravo! Can you give me any examples of easter eggs in your music?

Popskyy: In this song: https://soundcloud.com/popskyy/mrhappy
The beginning part is FF7 Prelude backwards!

In this one: https://soundcloud.com/popskyy/alter-1
There’s a bit from Super Mario World! 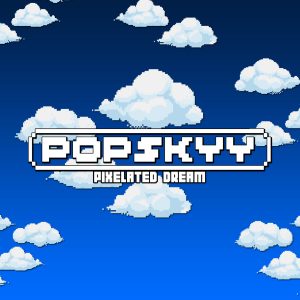 Streamer News: What is your process like? Do you ever stream yourself making the music? Do you have any routines?

Popskyy: I used to stream my music making but I found it distracting and would lose where I was going with certain things.
I just sit down and write – wherever it goes it goes. Sometimes I’ll get a catchy hook and write it instantly but other than that no crazy rituals!

Streamer News: Did you study music in college or anything or are you self taught?

Popskyy: I took music theory in high school…but failed it actually. LOL. So other than that I am self taught! Another fun fact. I was in choir my senior year of high school!

Streamer News: Failed?? LOL! No one will believe that! Who are your greatest inspirations musically? Can you name a few?

Streamer News: An existential one: What are you trying to communicate with your music?

Popskyy: My main goal in music and life in general is to make people happy somehow. The amount of people that have told me my music has made them a bit happier is staggering and humbling.

Streamer News: That works very well with my next question – You’ve openly shared that you struggle with depression. I have seen the outpouring of love from your community telling you how much your music has uplifted them in times of their own darkness. Does that help with your challenges?

Popskyy: It does help me loads. It gives strength knowing that I have helped people’s lives in some way even if it’s just music. If I died tomorrow I would be happy with this.

I believe it’s what I am here for. 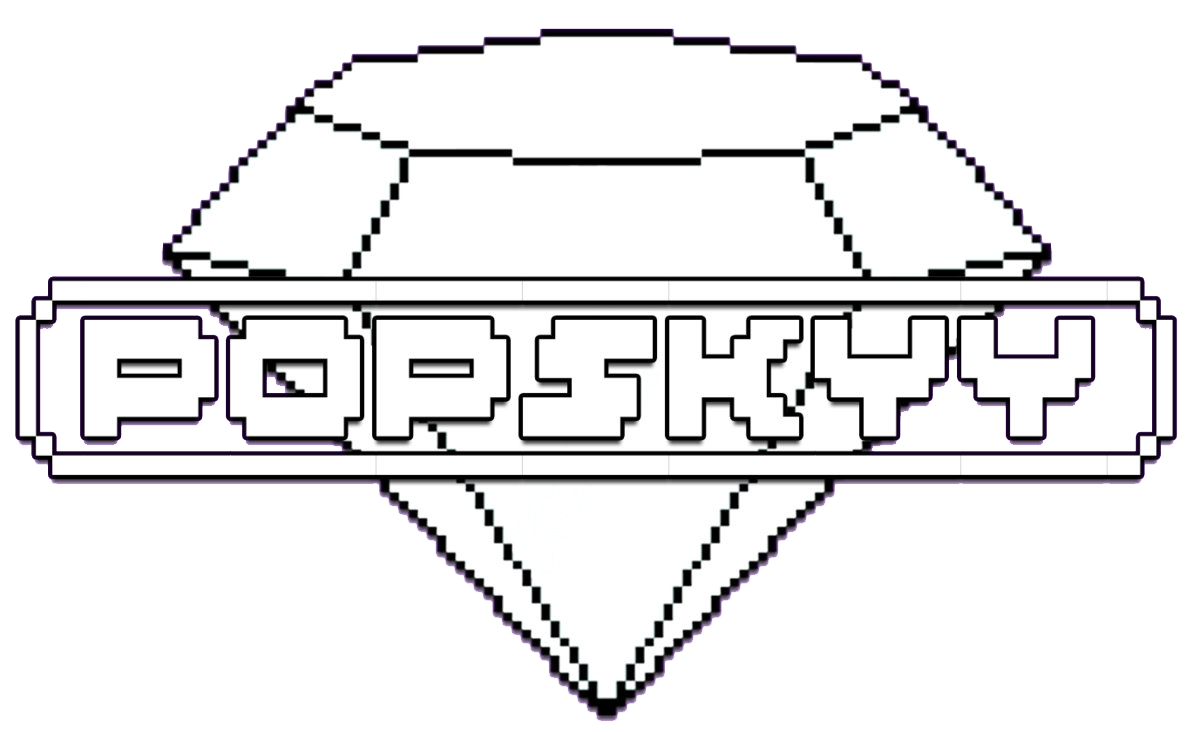 Streamer News: Do you have a favorite album that you’ve created? A a favorite song? Do you listen to your own music?

Popskyy: My favorite album is always the next one. My favorite song of mine is Dragon’s Fire . It’s my favorite because no matter how I’m feeling it makes me happy. I can still listen to it today and find things that i didn’t realize i put in there! I listen to my music all the time. Not only because I enjoy my tunes but to get more and more ideas.

Streamer News: What’s your current project, and do you already have a next project lined up?

Popskyy: Current Project is to finish the SourKoolaidShow album. Excited to be working with Dan Paul and others to make it happen.

Popskyy: My music is basically all of me. Whatever my emotions are at the time of writing that’s in my music.
I’m just a regular dude. There’s nothing too crazy special about me. I work hard at what I’m good at and there’s a sprinkle of luck in there somewhere. If you see me at a convention or anything bring me Hot Cheetos! Seriously, come say, “Hi!,” to me! I’m always super stoked to meet someone that knows I am. I’m as happy to meet you as you are to meet me!