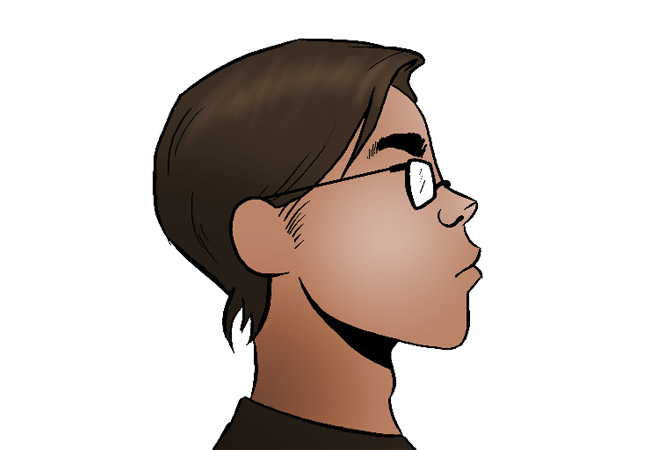 Twitch teams seem to be popping up every now. With all the teams popping up broadcasters need to determine which is the right and best fit for them. We caught up with Team Director Scott ‘tehMorag’ Hellyer of Main Menu on why Twitch teams are important, how Main Menu came about, and more! Check out the full interview below.

Streamer News: Hey Scott, can you please introduce yourself and your Twitch Channel?

My name is Scott Hellyer and the owner of the Twitch channel “tehMorag.”

Streamer News: How did you come up with your Twitch username? Does it have any special meaning behind it?

Ha, I have been using the name “Morag” for a long time. It was back when PSO (Phantasy Star Online) came out for the Gamecube and I didn’t want to use my last screen name. I wanted something a bit more – original. I had opened a book that I got from the library and found a character that was a messenger. Their name was Morag.

I ended up adding “teh” as I have always had an issue with mistyping the second and third letters in words. “teh” has come up quite a lot when playing wow. It ended up being a joke among friends that I had created my own language at time called “Morageses”.

Streamer News: That awesome, it’s always cool to us when we ask broadcasters how they picked their username and there is a meaningful story behind it.

It has been something that will be always fun to tell. A lot of years and memories are behind the name and where it has gone.

Streamer News: Speaking of years, how long have you been broadcasting on Twitch? What was it like growing your community?

I have been streaming on Twitch now for 3.5 years. Over that time the biggest challenge for me is being there for my community. I was never the type of person to always be around. More like, if you need me or I see something you need, I will try and make it so.

Trying to keep myself more open and actively thinking about their needs/wants eats up most of my time.Overall, stressful but always able to push forward to something else.

Streamer News: Yeah, being a broadcaster can be tough, people do not realize the time, effort, and skill set it takes to be in your position. But with anything there is always growing pains and transitions.

Oh for sure. I had a friend sit on cast for me for a few hours and he was done around 3 hours in. He said it was one of the hardest things he has done.

But it is always fun to find ways to make that easier through tools or maybe not being as concerned about the small things.

Streamer News: On top of running your own Twitch Channel, you are also the Team Director for Main Menu. Can you explain what Main Menu is and how the idea came about?

Main Menu has quite the history to it. A few of us on the team knew each other though another team called “Look at My Gaming”. The team wasn’t doing the best and people were leaving due to internal issues. Myself, Michael (Cobaltstreak), and Devin (Mylixia) had talked at PAX Prime 2013 to make a team that would set the standard for Teams on Twitch. Our main focus is to be “The premiere broadcasting team for high quality content and entertainment on Twitch”.

We had officially announced the team Jan 1st 2014 and have been going ever since.

Streamer News: Main Menu is a force to be reckoned with, the growth in the past year has been very impressive. Being the Team Director, how do you choose who makes the team? Also, is there a process Main Menu has in order to join?

The growth has been amazing this year due to the work that everyone on the team has put in. But with that question, the most challenging part is trying to say who gets on and who doesn’t.

Besides word of mouth, Twitter, or Email, we have kept our eye on the communities around us to see who would be the best fit for the team. Once a name comes up, everyone on the team has their say on how they will help or hinder the team (and its message).

We let them know what we think about it and keep an eye on even further. One thing that a lot of people forget when they approach us is that their channel is #1 priority. I can understand that you want to help the team but you can’t let it affect your channel. If your channel doesn’t do well, it will not help the meaning of “high quality content and entertainment”.

We also have an in-depth interview process to see how committed and aware a person is to their channel, Twitch, and the communities. That as well has been dubbed “The Moraging”. I don’t know what it is with people making my name into a thing. hah.

Streamer News: Haha, well that’s always a positive thing when your name gets dubbed as something. It just shows you are doing something right and they want to use your name as the example. What we like about Main Menu is it doesn’t just stop with creating content. You guys teamed up with Design By Humans Gaming to release a limited edition shirt at TwitchCon, which is now also on sale at your web store on DBH Gaming.What was the process like creating the first Main Menu team shirt?

We want to try and use our group numbers to get as much exposure out there for all the teammates. The shirt with DBH Gaming was one of our first ways to link all of us together.
We wanted to do portraits in some fashion. Renée had said ClevaGurl could do the shirt for us. She was awesome to work with!

She had stopped by all the channels and hung out for the day to get a feel for each of us.
A week later she had all the portraits finished and we had submitted the design to DBH to be printed for TwitchCon. This whole process was about 7 weeks long from start to launch..

Streamer News: It was really cool to see the Main Menu community have each broadcaster sign their portrait square on the t-shirt a TwitchCon 2015.

We didn’t really think of that till we had people come up to us at TwitchCon. It was like a gotta-get-them-all scavenger hunt for the viewers hah.

Streamer News: There seems to be a lot of Twitch teams popping up everyday now. Main Menu tends to stay ahead of the curve, what advice can you give to other starting Twitch teams? What do you think led to the success of Main Menu?

Communication and Organization are key. Over the last 2 years we have changed our internet workings multiple times to make sure we are getting things done as quickly as possible. Some of the best tools out there for us has been Skype, Google Drive/Docs, and the newest tool, Trello.

With as many people as we do have, we strive to make sure they all the info they need for the team to concentrate on their work.

Streamer News: Yeah, I can imagine communication is the glue to your team being you have multiple members who all need to stay on the same page. When it comes to sponsors/promotions, does Main Menu handle that as a team or is it up to the individual broadcaster?

We take it as it comes currently, members are free to do what they want with their channels. But I can say are looking to other business opportunities in the future.

Streamer News: In closing we always ask if you would like to do any shout outs or plugs, we appreciate you taking the time out to speak with us Scott!

I Would like to say thanks to some members that we don’t highlight on the team enough.
Josh (Santa) has worked with the casters on the team to make sure people can reach the goals they want. Daniel (iKasperr) has written everything you seen and organized any stream events you have see.

We also have Brotatoe, Avalonstar, Grizz, and Sorujin helping with other internal workings. As well DBH for being so accommodating to the team and the communities. Trey has been awesome to work with.

And lastly to community, they keep pushing us forward to make sure we are doing the best we can.