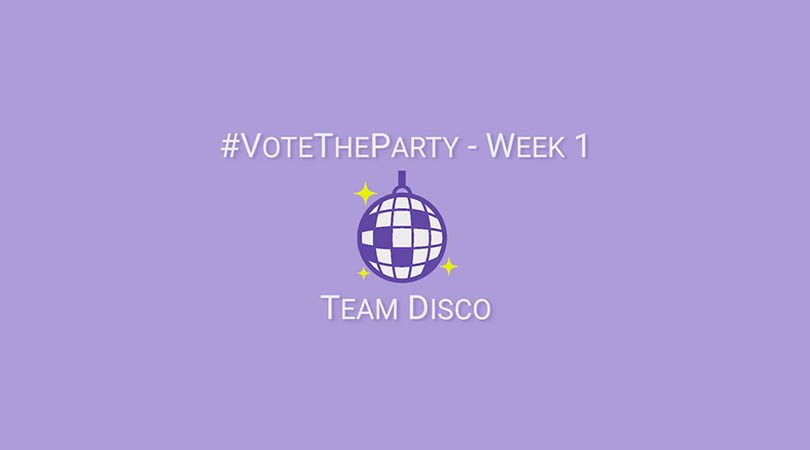 Miss out on week 1 of #VoteTheParty?
No worries, here’s a quick recap of Team Disco’s adventures in #WormsWMD! pic.twitter.com/qpT5bhzgK6

If you didn’t know, all month long Twitch team The Party is holding a #VoteTheParty streaming marathon. Teams Confetti and Disco faceoff in different video games during the election season as a way to remind viewers of their civic duties.

Week 1 of the marathon is in the books and you can watch the recap of Team Disco’s adventures in Worms WMD. Click play above to watch.