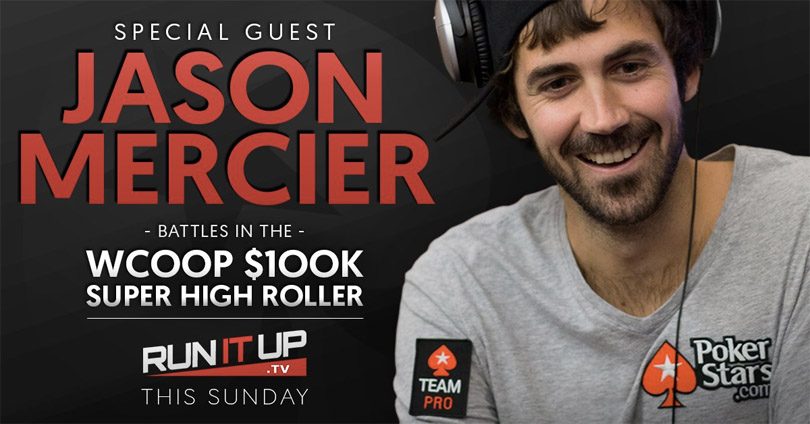 In early 2014, professional poker player Jason Somerville was at the forefront of people bringing to light live poker streaming on Twitch. Since then, Somerville has provided thousands of hours of original content raking in over 13 million views on his channel. In addition, many other pro poker players have joined in to the Twitch community including World Series of Poker bracelet winners: Daniel Negreanu & Jason Mercier.

Another chapter of poker streaming history will be made this Sunday, September 11th, when Someville’s friend and PokerStars Pro Jason Mercier puts down $102,000 of real money to enter the biggest buy-in for an online poker tournament. With a $2 million guaranteed prize-pool on the line, Somerville will sit alongside Mercier, as the two show every hand providing commentary, talking about decisions while simultaneously interacting with the Twitch chat audience. This will be a must-watch event for any poker junkie and will surely beat any viewer count for live poker streaming on Twitch to date.

The PokerStar Pro duo will go live on the official PokerStars Twitch channel beginning at 3:00pm Eastern Time this Sunday.