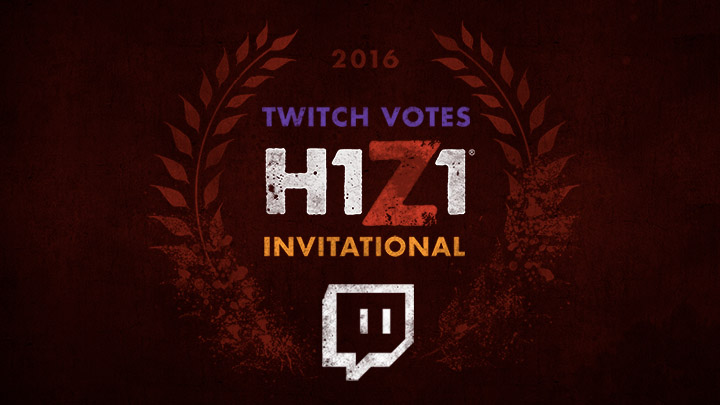 Last year at TwitchCon watching H1Z1’s Invitational was thrilling and kept us at the edge of our seat.

This year at TwitchCon the second H1Z1 Invitational will take place on Sunday, October 2nd.

H1Z1 recently announced the first round of streamers that were invited to the 2016 Invitational.

This year Twitch and Daybreak are giving six individuals a chance to prove themselves worthy of a spot on the TwitchCon stage to fight to the death.

For two weeks 7/27 – 8/8, Twitch will be spotlighting the nominees below. Take a look at their streams and vote on who you think should have a seat in the 2016 Invitational.

Here are your nominees and their streaming schedules: