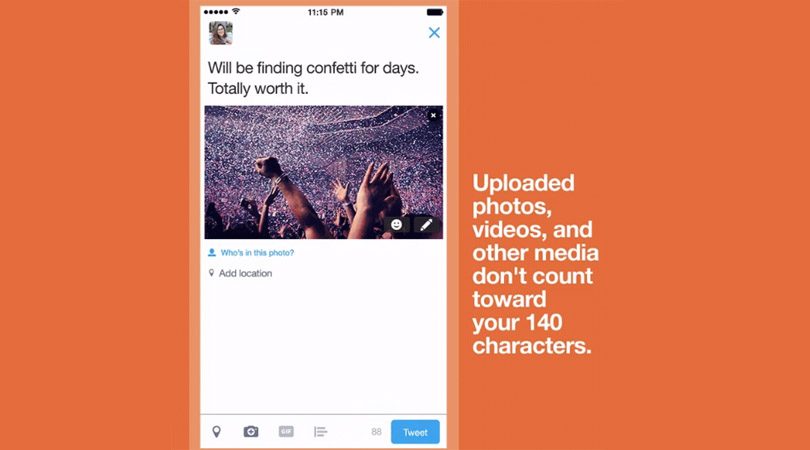 It’s safe to say that Twitch broadcasters use Twitter the most out of any other social media platform. It’s the easiest and most convenient way to let their community know what is going on.

It’s not uncommon for a streamer to send out a tweet accompanied by a photo, video, GIF, poll or quoted tweet to catch the eyes of their community.

Twitter announced that those forms of media listed above will no longer count toward the 140 character limit. This opens the door for new content creation and more.