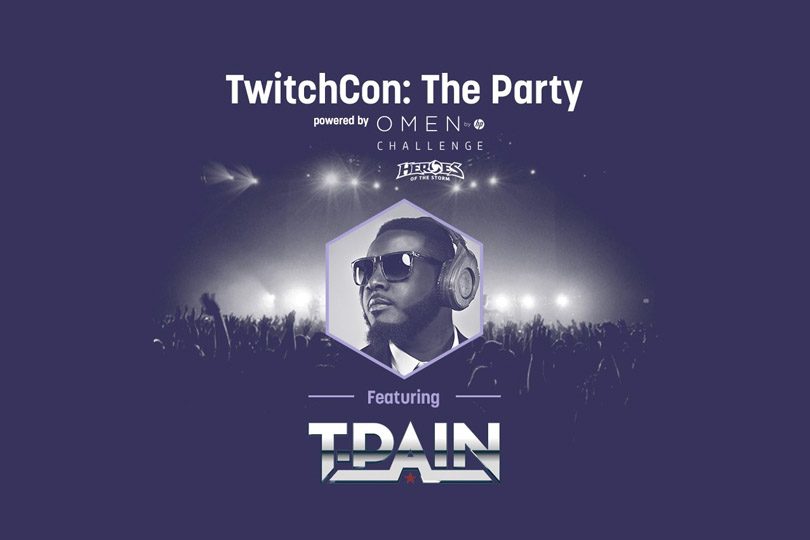 Twitch dropped big updates today on what to expect for TwitchCon 2016.

Twitch also announced that T-Pain has joined the TwitchCon 2016 party roster alongside Darude and their yet to be announced headliner at PetcoPark.

Finally, the party will kick off with the HP “Heroes of the Storm” OMEN Challenge where four teams of five will compete within an enclosed gaming chamber for a chance to move on to the HP OMEN Challenge Championship.

The chamber will test gamers physical agility and skills by introducing different elements into each enclosure such as wind blasts, cold environments, and more. The elements will be revealed to both the live and online audience via LED animations.