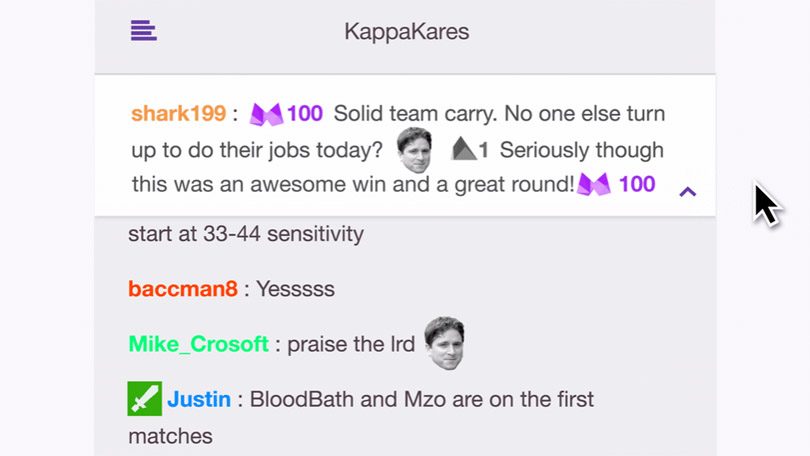 The Twitch Cheering feature has been very successful for Twitch and their streamers.

On Wednesday they added on to the already popular feature with Pinned Cheers, allowing the highest Cheer to be pinned to the top of chat.

After feedback from the community, Twitch heard you loud and clear and has made some updated changes to the newly released feature.

Setting a minimum amount of Bits to pin a Cheer

Hands down, one of the most requested features was a setting for minimum Bits required to pin a Cheer. Coming right up! Channel owners will be able to set this in their dashboard in the Partner Settings tab, under Cheer > Pinned Cheering Settings.

Want to see more of what a Pinned Cheer says? Want to collapse it so you can see more of chat? Now you have control with the little expando/collapso arrow on the bottom right of the Pinned Cheer.

Unpin API: You Can Have it Your Way!

Expected to be released tomorrow, our new Unpin API will give channel owners the freedom to decide why, how and when a Cheer should be unpinned and automate it. By leveraging third party tools like bots programmed to use this API, channel owners and moderators will be able to set a maximum time for a Pinned Cheer, or set rules around content for Pinned Cheers. It’s up to you.