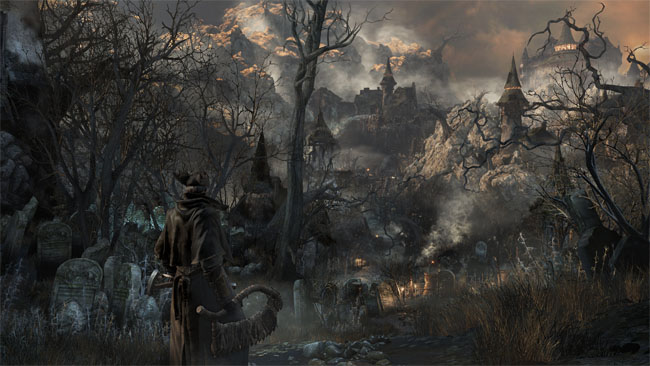 With Bloodborne taking over Twitch today, the reaction from the Twitch Streamers have been very amusing. Everyone loves the long awaited game as expected, we’ve rounded up some Twitter reactions of the game from your favorite streamers, check them out below.

Bloodborne is the first game on either console that has made me say go buy the console so you can play this masterpiece of a game!

Minus Loading Times, Bloodborne is my favorite Souls game to date by a wide margin. — Dan (@Dansgaming) March 24, 2015

I am brewing a whole pot of coffee to kick off this cast. DAMN RIGHT I’M GONNA DRINK IT DIRECTLY FROM THE POT! pic.twitter.com/k8HgLn5qlR

Sorry all other game developers… it seems @fromsoftware_pr is intent on making my #GOTY every single year now. #GG — MAN (@MANvsGAME) March 24, 2015

Just passed 12 hours! Bloodborne still truckin’ with no end in sight! It may start to get loopy soon!

Missed ONE staircase and wandered around for 2 fucking hours not knowing where to go. Why? Because “Fuck You-Dark Souls” (Bloodborne) — Ezekiel_III (@Ezekiel_III) March 24, 2015

About to cop a play station 4 for Bloodborne. Hope I can get it set up for tonight.

BLOODBORNE IS BLOODTASTIC GET FUCKED! no really that game is awesome!

As much as I’m excited to visit my family after such a long time. Goddamn do I wanna play/stream more Bloodborne. Maybe I’ll bring my PS4 ha