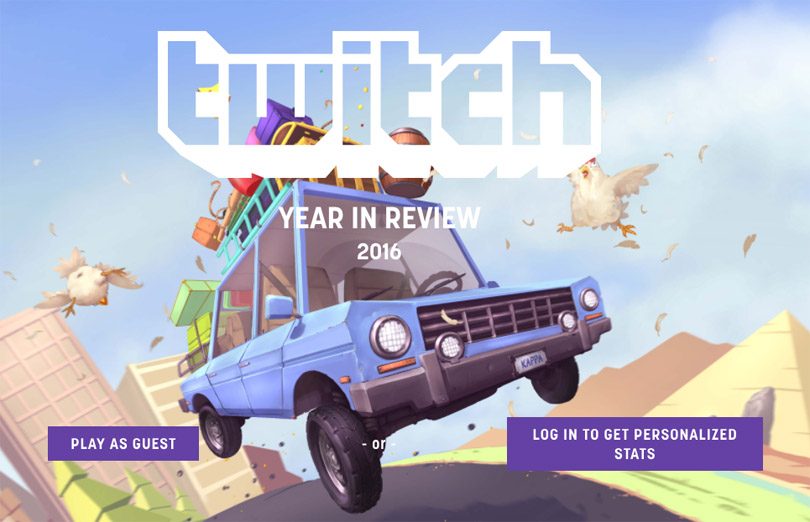 2016 was a crazy year for the Twitch Community. So much happened it is hard to keep up with. Twitch recently released their interactive 2016 retrospective.

In the retrospective they look back on all the amazing things the community streamed, watched, chatted about, and accomplished in 2016. It also includes most watched new game of the year, how many Kappa’s were used, and more!

The best part is you can get a personalized retrospective experience when you link your Twitch account(s) to it.

Below are a few bullet points to take note of: