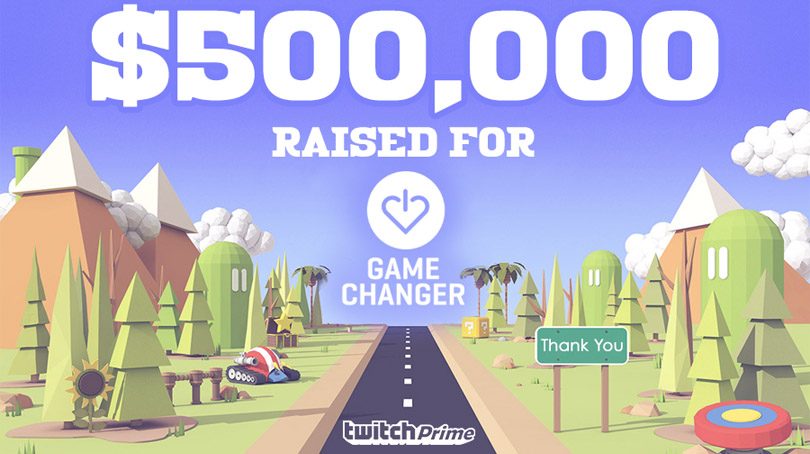 During TwitchCon 2016, Twitch Prime was announced during the Keynote of the conference. In just five days, Twitch Prime has helped raise $500,000 for GameChanger charity.

It was announced during the Keynote that Twitch would donate $100,000 for every 100,000 Twitch viewers that subscribe to any channel.

#SubsForKids ended yesterday with an amazing $500K for GameChanger Charity! For those who have Amazon Prime, make sure to link your Twitch account to get that free Sub!