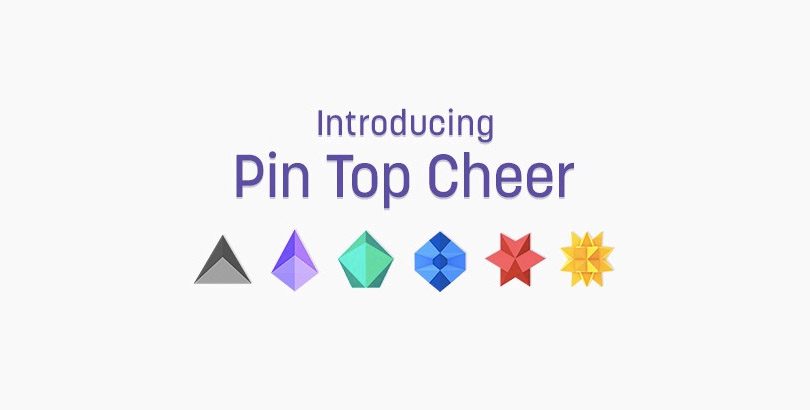 When the Twitch Cheering feature was first released, it had mixed reviews from the community.

Over time users have been more receptive to the feature and have been using it more than ever.

In November Twitch introduced the idea of Pinned Cheers, starting with pinning the most recent Cheer to the top of chat. Now they’re introducing another way to highlight your message when you Cheer.

Starting today, channels with Cheering will also be able to pin the Top Cheer, the one with the highest number of Bits used, to make it more visible.

The Top Cheer stays pinned for however long the channel owner wants, he or she can reset the clock and the tracking anytime of which Cheer has the most Bits used.

Twitch is also giving greater control to the channel owner by introducing a setting for how long the most recent Cheer will stay pinned.

Do you have feedback on the Cheering feature? Make sure to submit it here.