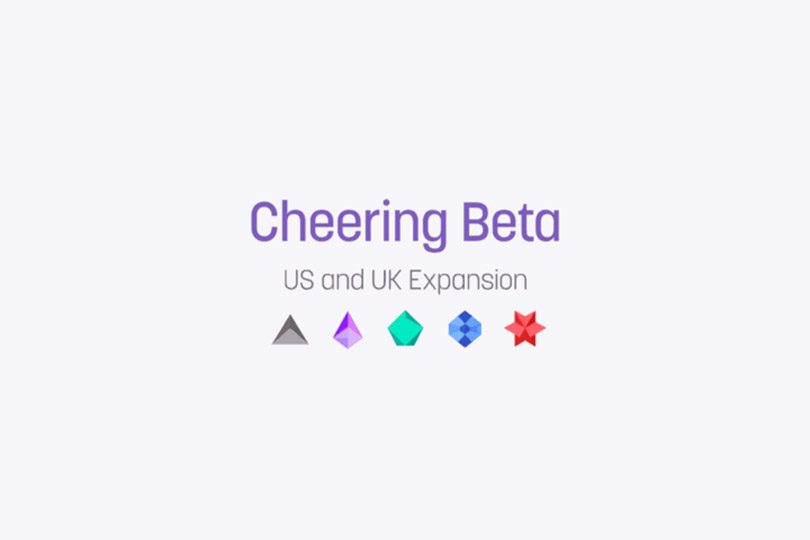 When Cheering originally launched in June, it was met with skepticism and mixed reviews. Twitch has since gathered tons of feedback from partnered broadcasters and the community and is ready to expand the service.

Twitch will be transitioning to an open, opt-in beta where partners can enable Cheering in their channels whenever ready. The beta will be available in the US and UK on August 4th.

By the end of August, Twitch hopes to include more European partners to Cheering as they add local language support.

Twitch has made improvements to Cheering, including controls in the partner dashboard, a toggle for the Cheer Chat Badge, a new UX prototyped for EVO that will be extended to future events, and UX optimizations that will roll out during the month of August.

Twitch is also testing ways for viewers to receive Bits via activities on Twitch and, eventually, make Cheering more accessible to everyone. Since the feature is still in beta, you can leave your feedback by clicking here.