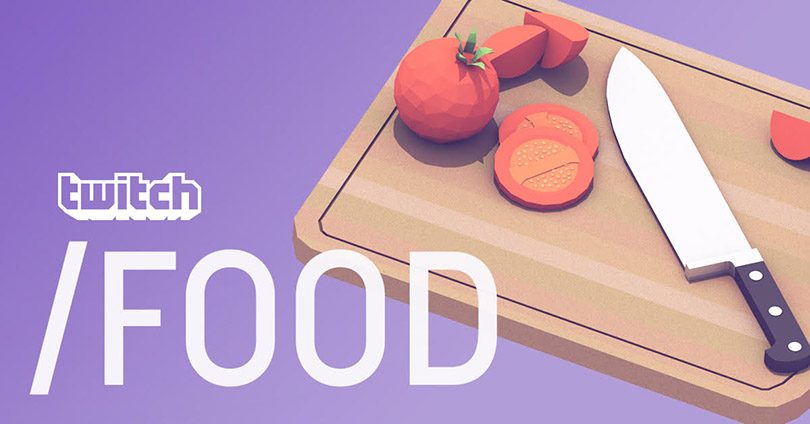 One of Twitch Creative’s most popular forms of content is cooking and to celebrate they are debuting a new event, Food Month.

Food Month programming will be led by Justin Warner, the Season 8 winner of The Next Food Network Star reality TV show. Warner will host ChefShock, his two-hour interactive show from Roker Media and digital studio SXM, on his Twitch channel five days a week starting Monday, October 31 at 5:00 PM PST.

For each episode, Warner will provide access to the ChefShock meal schedule so viewers can purchase ingredients in advance if they wish to cook alongside him.

Following the premiere of ChefShock, Twitch’s Food channel will feature episodes of classic cooking shows such as Graham Kerr’s Kitchen, Hawaii Cooks with Roy Yamaguchi, and Cucina Amore. In addition to his show, Graham Kerr will be cooking live on twitch.tv/food on Wednesday, November 9th.

Twitch is also organizing a charity event to create a Twitch Creative Cookbook benefiting St. Jude Children’s Research Hospital during Food Month. Throughout the month of November, streamers will be encouraged to suggest recipes via a submission form for the cookbook that will be awarded to donors contributing $5 or more. All channels who fundraise more than $50 for St. Jude in November will receive a special Twitch Creative apron.

“In the last year alone, we have seen Twitch Creative grow from a small, passionate group of streamers to more than 100,000 strong. We are amazed at the creativity our community has brought to the table, whether it’s blacksmithing, sculpting, creating the ultimate cosplay outfit, painting in tribute to Bob Ross, or even inviting the audience to cook alongside a celebrity chef like Justin Warner. Based on what we’ve seen, we are looking forward to the next wave of innovation that is sure to come.” – Head of Twitch Creative, Bill Moorier