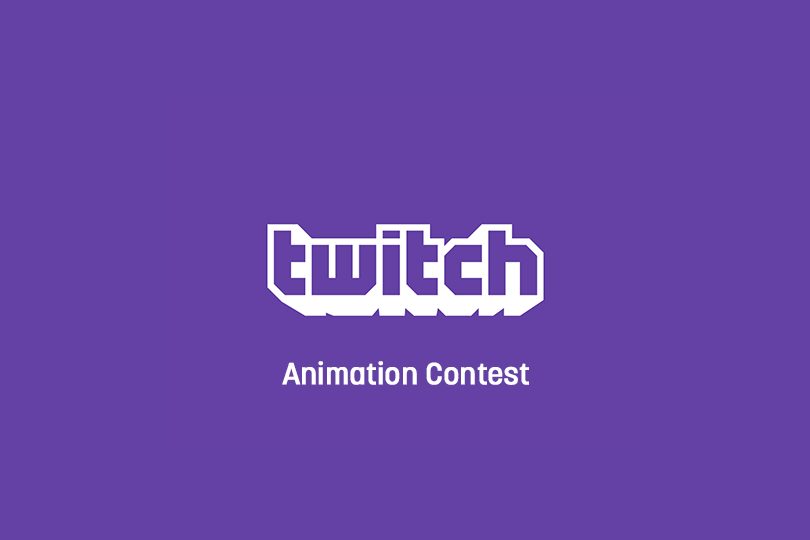 Twitch Creative announced on Twitter, that they will be hosting an animation contest. The contest is running from now until February 24th, 2017 at 1PM PST and boasts a prize pool of $9,000. 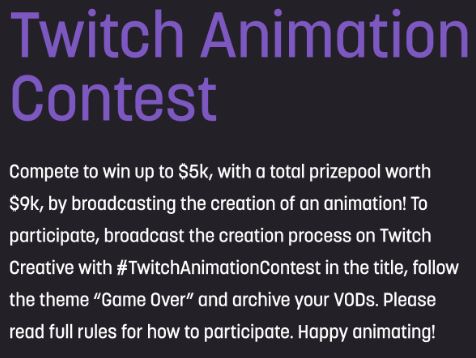 If you plan on entering, be sure to keep in mind the theme, “Game Over” and to archive your VODs. We look forward to what you, the community, can create!

Twitch has also included a FAQ:

What are the requirements? How long does my animation have to be?
You have to stream 10 hours of the creation process on Twitch Creative, include #TwitchAnimationContest in your title, follow the theme “Game Over”, and submit the final animation by February 24. Make sure you turn on “Archive Vods” and then make a highlight showing the creation process. The animation has to be between 15 seconds and 60 seconds long.

I’ve never broadcast before, can I still participate?
Absolutely! You’ll have to create an account and set up streaming software. You can find a handy guide here!