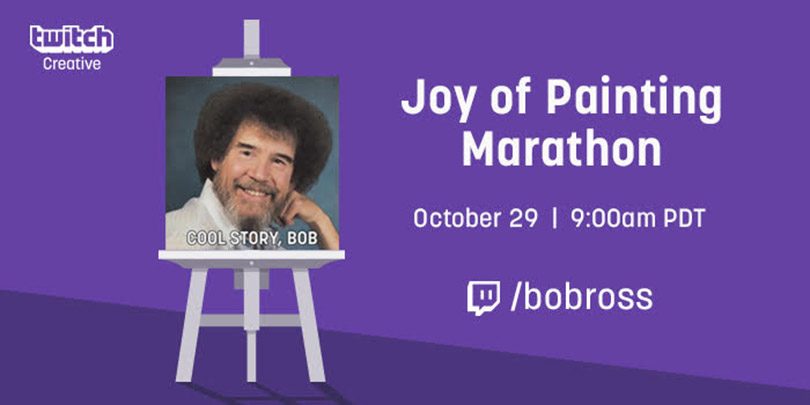 Today Twitch announced the second annual marathon of Bob Ross’ The Joy of Painting TV show and the debut of Food Month to celebrate the first anniversary of Twitch Creative.

Twitch is once again airing a marathon on what would have been Bob Ross’ 74th birthday. It will air Saturday, October 29 on Twitch.tv/BobRoss at 9:00 AM PST and end on Sunday, November 6 at 10:00 PM PST.

In honor of Bob Ross, a few Twitch Creative Partners will paint during The Joy of Painting marathon with a special Bob Ross Master Paint Set and other commemorative items supplied by Twitch.

All participating Partner streams can be found by searching #bobrossmarathon and #painting on Twitch. There will also be a new Bob Ross-themed global emote to celebrate his life and contribution to the Twitch community.