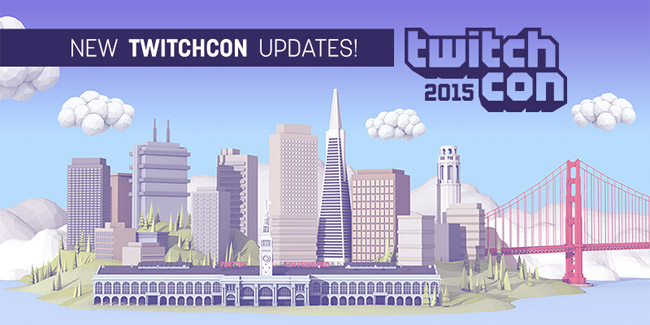 They discussed the new announcements on Twitch Weekly today, if you missed out here is the VOD.

TwitchCon Attendees can get hands-on with the latest games and products from dozens of exhibitors at TwitchCon 2015. Here’s some of the brands you can expect to see:

Several brands will be making exclusive announcements during the keynote presentation from Twitch CEO and founder Emmett Shear.