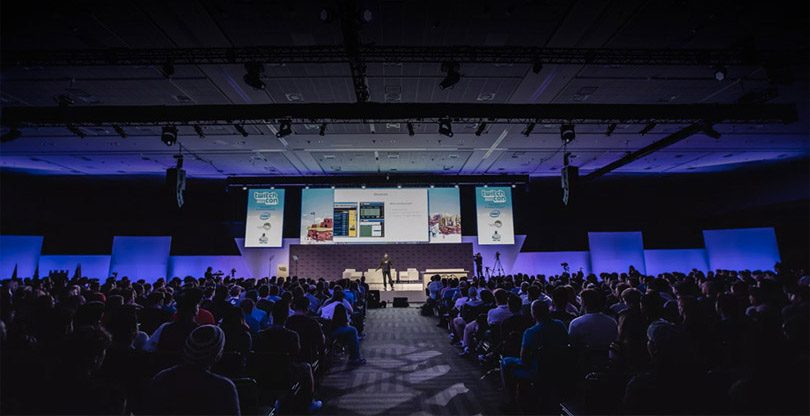 For those heading to TwitchCon at the end of the month, Twitch announced their main stage content at TwitchCon 2016.

Throughout the conference, the Kappa Theater will see a return of TwitchCon staples, including gaming tournaments, speedruns, and the opening keynote address by CEO Emmett Shear and Director of Programming Marcus “djWHEAT” Graham.

New events coming to Kappa Theater this year include the TwitchCon Talent Show, cosplay contest, and performances from members of the Twitch community.

The Kappa Theater will feature a number of activities showcasing various interests of the Twitch community:

The celebrity hypnotist and motivational speaker hypnotizes members of the audience with a touch of comedy and a dash of Twitch.

The Roast of djWHEAT

Join twitch personalities Scott “SirScoots” Smith, Anna Prosser Robinson, Ezekiel_III, and others as they share laughs at the expense of djWHEAT.

Twitch OGs: From JTV to Twitch

Twitch staff and veteran streamers host a panel exploring the history of Twitch from its beginnings as Justin TV through landmark moments that made the platform and community what it is today.

The popular weekly talk show about the state of Twitch and its community streams in front of an in-person audience.

PJSaltan is a video game battle royale where combatants play obscure indie games while showcasing over-the-top salty attitudes as they win, lose, and play. The four finalists of PJSaltan from PAX East will face off against the four finalists from PAX West. The four winners then advance to the TwitchCon PJSaltan finals on Sunday.

Top creators who streamed their costume crafting process on Twitch Creative model their final products for a piece of the largest prize pool in cosplay history: $63,000!

The top finishers in the year-long H1Z1 Road to TwitchCon tournament face off one last time for the title of H1Z1: King of the Kill champion.

The last four contestants standing compete to become the ultimate king or queen of salt.

Partner streamer, Lanai “Ms_Vixen” Gara, invites her friends to lay down the hurt for laughs at her expense.