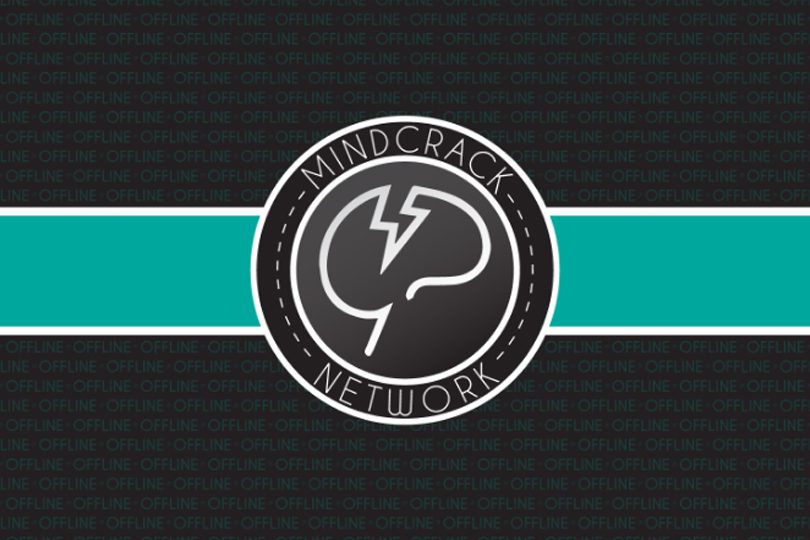 It’s awesome to see communities on Twitch come together to make a change, and the Mindcrack group is doing just that. They are holding a 48-hour marathon jammed pack with games and challenges. Whats cool is how some of these challenges take place.  To reach goals, the Mindcrack group have set up challenges as incentives. These incentives range from hot dog eating contests to being blindfolded during scheduled events and games. Check out all of the awesome goals here.

Schedules for the the 48-hour marathon via MindcrackLP. 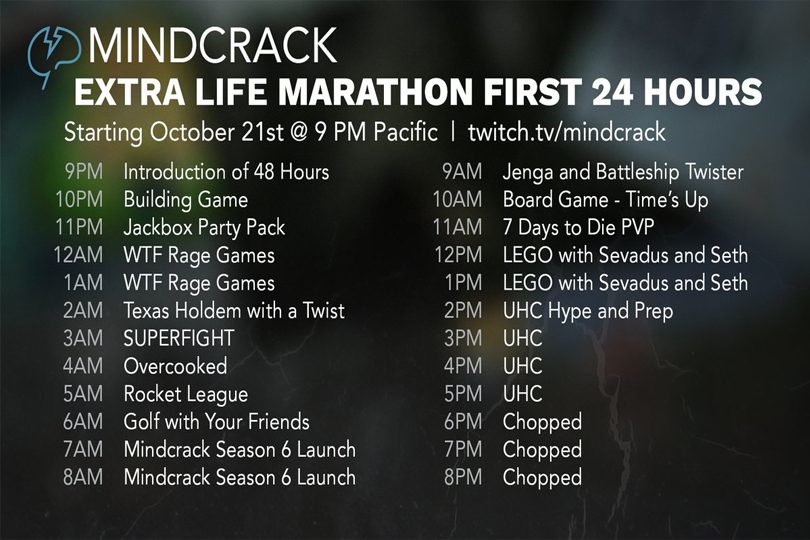 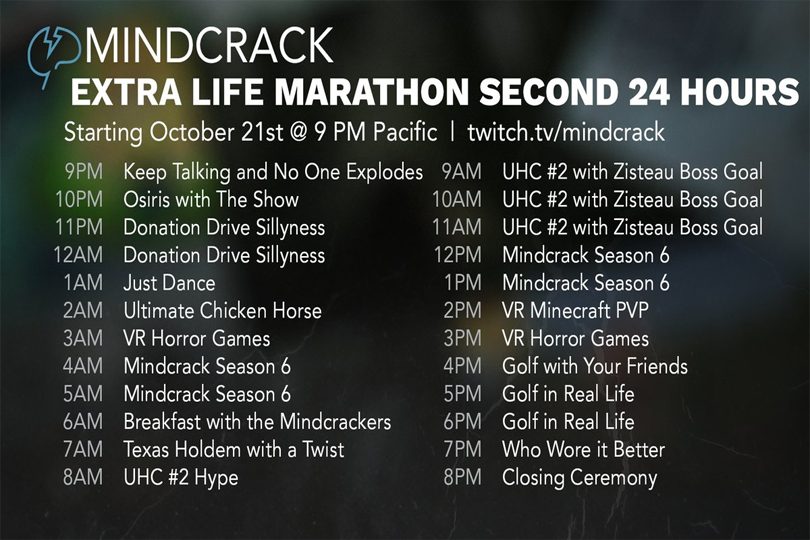 About the Marathon via Mindcrack Marathon Site:

“For the last several years the Mindcrack group has worked to raise hundreds of thousands of dollars for charity. This year, and for the third consecutive year, they’re working with Extra Life, in support of Children’s Miracle Network Hospitals. The Marathon will take place in the Microsoft One Loft in San Francisco, CA with 15 of the Mindcrackers attending in person and participate in gaming for 48 consecutive hours, starting at 9 PM PDT on Friday, October 21st.”

If you want to see some behind the scenes setup footage you can check out the VOD from Sevadus (Mindcrack member) that took place earlier today.

Watch the Marathon with Chat