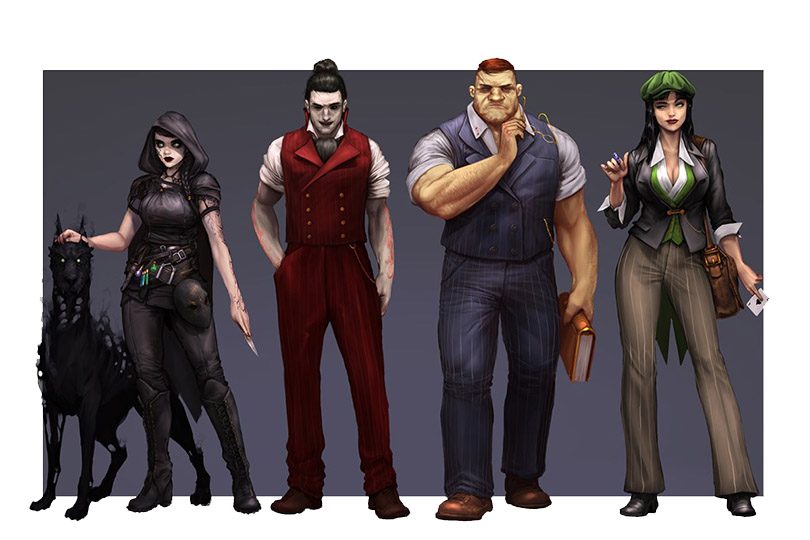 If you haven’t been watching GeersArt’s stream lately, he’s been creating the characters for the new RollPlay® Blades campaign. He spent one day on each character and they came out super detailed.

The show officially premiered tonight and it’s already off to an epic start, especially with the addition of Geers’ work. We’ve gathered some images of the process he took in creating the characters, view the pictures below.

Watch the VOD with Chat