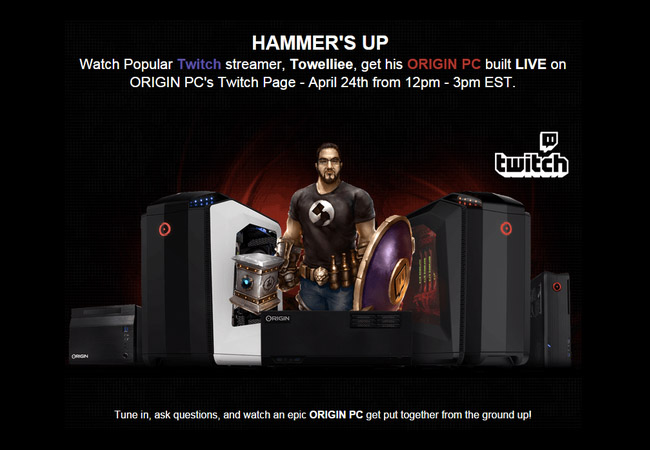 Towelliee’s PC had some issues this week and his sponsor Origin PC sent him a loaner PC that arrived today. Towelliee is posting up images of the PC now on his Twitter, he also posted he will be putting up a YouTube video of the computer as well. On April 24th from 12-3pm EST they will be building Towelliee’s new Origin PC on live on Twitch.