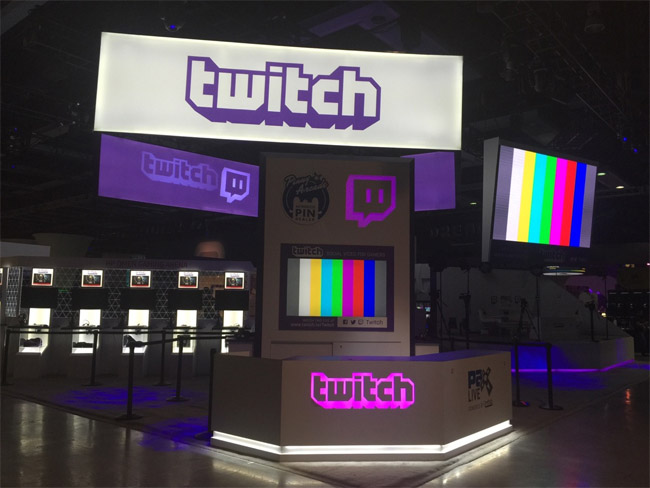 The scale of this convention was mind blowing with a whopping six theaters! SIX! I cannot imagine that any one person could have done everything even if they attended all four days. I focused on getting a first look at my favorite upcoming games, meeting with Twitch personalities/staff and digging into some new titles!

Max Max partnered with Uber to offer FREE post-apocalyptic rides to Valhalla (or Prime!) in incredible custom vehicles. That’s right. The War Boys could be your chauffeur in downtown Seattle.
Additionally, I got the pleasure of seeing one of the most bad ass promotions for a game I think I’ve ever witnessed! As I was leaving the convention center the ground shook, the crowd chanted and I became legitimately nervous. Riot? Earthquake? NO! A gorgeous Wasteland appropriate vehicle, engines revving and tires squealing rounds the corner to reveal a car overflowing with War Boys! They stopped in front of the convention and continued to pose, yell and incite fan girl yelps from my body. “WITNESS ME!” It had my heart pumping and for a moment, I lost my friends in the crowd, bewitched by the pageantry! Well done, Mad Max peeps. That made my evening!

I also stopped by the larger-than-life booth to play the game after seeing all the work that went into the promotion and I was not disappointed. Picked it up at launch after being teased with it at Prime!

I do not play Minecraft so take that as you will with this review, but the Minecraft area was one of the coolest areas at Prime. The “booth” was a Minecraft inspired castle which looked like something from the game come 100% to life. From the doorknobs to the accent pieces, it seemed as if a wizard waved his hand over the Minecraft universe and made it 3-D for us all to explore. I don’t know the first thing about Minecraft, other than how to tame a horse, and it encouraged me to find out more about this five series episodic adventure. As a huge fan of TellTale’s story based game play AND many of the voice actors such as Patton Oswald, Billy West, Ashley Johnson, Corey Feldman and Paul Rebens, (to name a few) I am now certainly intrigued!

Their presentation showed current fans a different way to enjoy their world and encouraged potential fans to consider a game they likely would have ignored. Super cool both and very kind team!

This literally brought me to tears. The craftsmanship. The scale. THE BLOOD. It was just incredible.
I unexpectedly stumbled upon this fountain exploring the convention in between meetings. I had no idea it existed and was looking down at my phone trying to get a signal when I heard a the splitter splatter of water against concrete and looked up to see THIS.

It stopped me in my tracks. There were subtle smoke effects and the fountain was spewing dark, almost black blood. The angst and passion in this piece was palpable and I was insatiable. The closer I got, the more epic it became, until most of my camera roll was different angles of this statue, none of which do it justice.

Up until then I did not have plans to wait in a line to play Dark Souls III, but after seeing this display I got my bearings and headed straight for the game. In my twenty minutes of playing I found it to be a mixture of Dark Souls and Bloodborne and really enjoyed it! I’m pretty sure my cheeks burned from smiling as I read the familiar words, “You Died.”

Their site boasted “Dreadnought will be dominating the Pax Prime Show Floor” and that was 100% accurate. This is the third convention I have attended since 2015 in which Dreadnought’s presence could be felt throughout the entire convention. Lines were always wrapped around their spectacular booth and I saw many people wait in that line more than once.
The developers and support staff behind this game knew how to treat a gamer with matches being shoutcasted or live streamed constantly and awesome swag being awarded to participants.
Dreadnought is overwhelmingly beautiful, both in aesthetics and in creative gameplay. I don’t even know what genre to try and squeeze it into. First Person Spaceship Shooter with RPG elements? Basically, you hop into the captain’s seat of a MASSIVE battleship, form teams and choose between five unique ship classes. And that is just what has been released for us to play! I got a behind-the-scenes sneak peak at upcoming material that I cannot share, but suffice it to say you’re going to want to keep an eye on this game-changer!
There is a full blown campaign “space opera” from Dan Abnett who lent his talents to both the recent Judge Dredd and Guardians of the Galaxy reboots and Yager who has cemented themselves as breakthrough story tellers in the critically acclaimed Spec Ops: The Line.

Each time I revisit this game the developers have blown me away, and judging by the sea of Dreadnought shirts, lanyards and captains wings I saw at Prime, I am in good company!

One of the highlights of this and every trip is chatting with my favorite Twitch personalities. Everyone I met was incredibly kind and the staff were all pumped for the very first Twitchcon September 25th-26th in San Francisco.
The Twitch Booth was an excellent spot to meet your favorite casters even if it wasn’t a scheduled signing and content was being broadcast regularly so I considered it home base of the convention.
Once again, my favorite event was the Sultan of Salt, in which 16 fan favorite broadcasters fight for the title of King/Queen of Salt! I watched portions of the contest off to the side crumbled over in laughter, especially during the brutally hilarious multiplayer fighter, Gang Beasts.

The Amazon Game Studios Partner Party was incredible with 20 Bowling lanes, 25 pool tables, six bars, a photo booth, karaoke room and spacious lounge areas to chat with your fellow broadcasters! Before the doors were opened to everyone I was lucky enough to sit down with several large casters and am pleased to report that everyone is accommodating, friendly and humbled by the support. Once the party was opened to everyone it was incredible to see casters with thousands of subs happily chatting with broadcasters who had just hit their 1000 follows milestone!
The larger casters were supportive and encouraging and made me proud of this industry. It was clear that numbers and popularity did not divide the partygoers, and instead, the love for gaming bound us together in a celebration of like-mindedness.

If there was anything I learned from this particular trip it was TAKE MORE PICTURES! I didn’t want to seem like a lame tourist too busy taking photos to soak in the atmosphere, but when the badges are hung on your bedroom doorknob and your swag is unpacked you’re going to want to take a look at all the cool stuff you saw and people you met!
On that note, I can’t wait to take too many pictures at TwitchCon and report back!

What were your favorite Pax Prime 2015 memories?