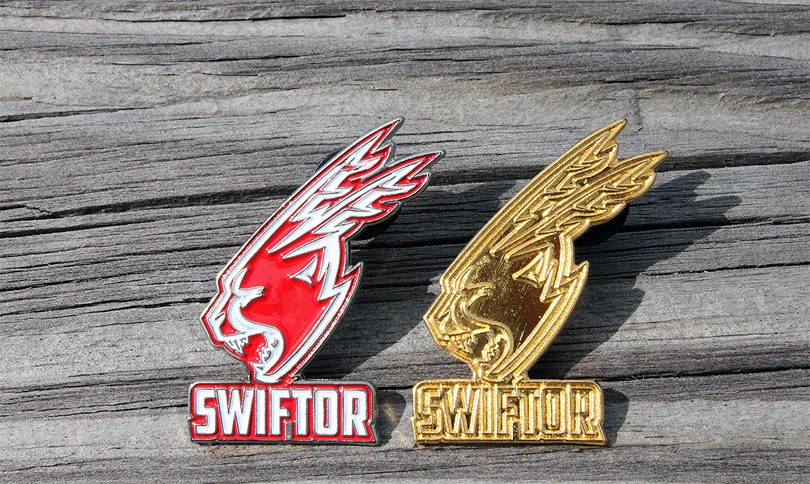 Two weeks ago we posted a Tweet introducing our Pin Series One Collection for TwitchCon 2016.

We’ve teamed up with four streamers for limited edition pin sets that will be available during the meet and greet broadcaster signings at TwitchCon 2016.

We are happy to announce Swiftor is the first of four streamers we are collaborating with. Over the next three days we will unveil the rest.