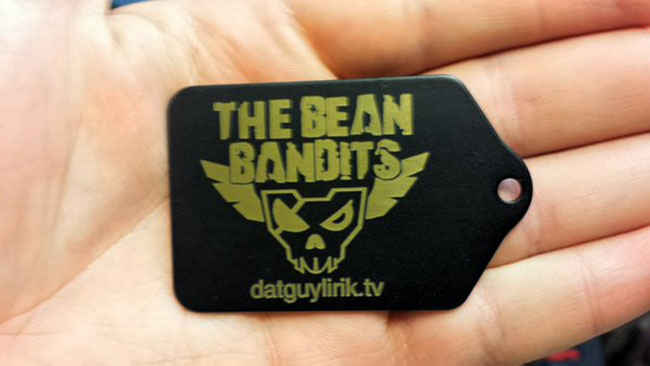 We have all heard the story behind the “Bean Bandits”, it started in the beginning of LIRIK’s stream a few years ago when all he did was loot beans and PvP on servers he joined. Soon after, the stream group followed. StuttterButtter made custom Bean Bandit keychain that were never released to the public. He’s kept a few on ice and will be giving them out at PAX South if you can find him.