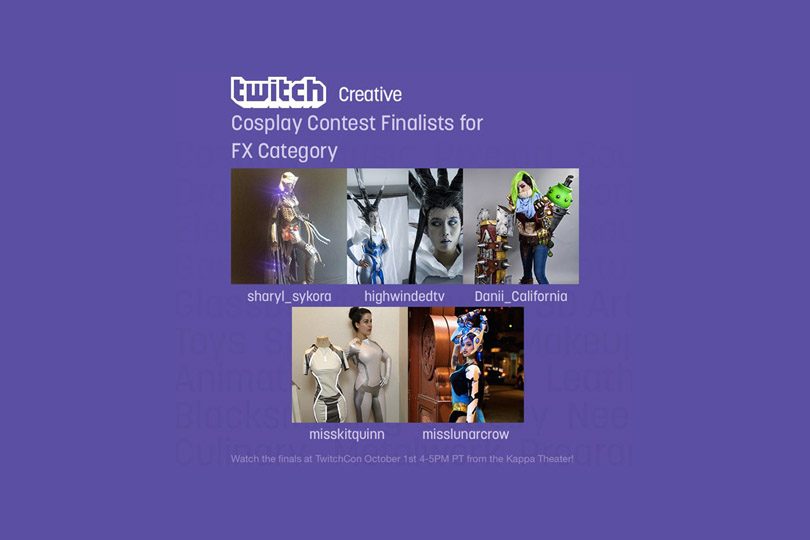 The creative community had the opportunity to vote for the best cosplays this entire week and the top 20 have officially been announced and have won $1,500 each to travel to TwitchCon 2016!

There are four categories of five winners for the contest including Armor, Needlework, FX, and Large than Life.

Finalists will get to show off their creations on the Kappa Stage at TwitchCon 2016 on Saturday, October 1 where the winners will be announced.

Winners of the contest will receive medals and trophies hand-crafted by cosplayer and Twitch Creative broadcaster, Harrison Krix of Volpin Props!