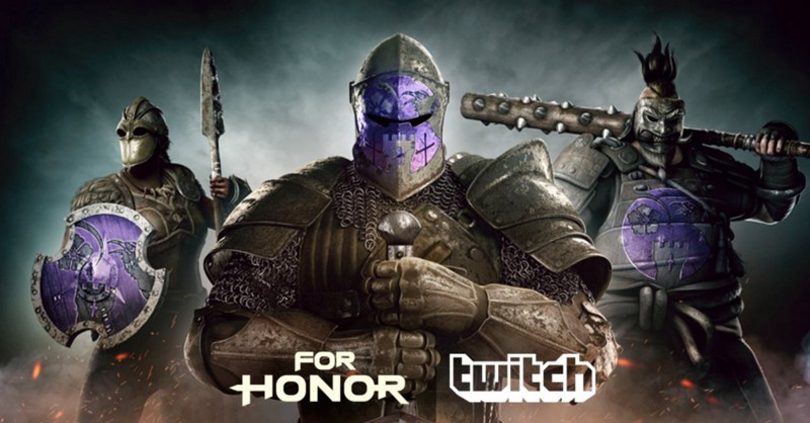 Twitch is back with their monthly Prime loot rewards. For January, you can still claim Twitch Prime loot for SMITE and the FPS, Heavy Bullets.

February is approaching, along with the highly anticipated launch of For Honor. Twitch is teaming up with Ubisoft to bring some For Honor Twitch Prime loot exclusives, for members of the premium service.

Once For Honor launches, another crop of rewards will be delivered to Twitch Prime members starting February 14th!

After For Honor is released, Twitch Prime Members will receive 10-day Champion Status, which comes with XP boosts that can be shared among friends along with more XP from crafting, more loot at the end of each match, and a special emblem they can use to customize their warrior.