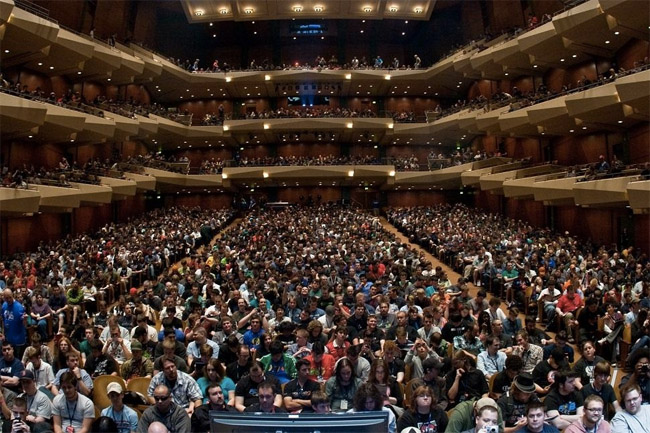 PAX South 2016 is about to kick off! The OP Group is hosting three panels over the weekend and if you want some insight into the world of streaming then these are a must see. Below we have provided the details, if you want to see these panels but can’t make it to the event, it will be broadcast live on Twitch all weekend long!

The Line in the Sand FTP vs PTW
Friday 11:30 AM, Cactus Theater.
This panel assembles fearless & opinionated folks from the game industry to debate where the line is between Free-to-Play and Pay-to-Win. Featuring OP Group Founder Omeed Dariani.

Dropped Frames LIVE
Friday 5 PM, Falcon Theater.
Dropped Frames is back for their third PAX panel with itmeJP, CohhCarnage, and Ezekiel_III. Join the three streamers as they talk about their PAX experiences, games they’ve played so far, and whatever shenanigans the three have been up to.

Influencer Relations: Significant Others in the Public Eye
Saturday 6:30 PM, Falcon Theater.
Even the healthiest relationships are stressed in the public eye. Come hear CobaltStreak, RustlingRose, and SeriousGaming’s Alan & Victoria offer advice for gamer & streamer couples of all levels of on how to stay happy & healthy in love.

The Ethics of Livestreaming
Sunday 10:30 AM, Armadillo Theater.
Watch leaders from the content creation and sponsorship worlds will debate controversial ethical issues in streaming. Featuring CohhCarnage and Ellohime.

Unlocked: Behind the Stream
Sunday 3:30 PM, Falcon Theater.
In this “Ask Me Anything” style peek behind the scenes, four of Twitch’s top personalities will share the secrets of their success. Featuring CohhCarnage, Ellohime, Towelliee, and CobaltStreak.