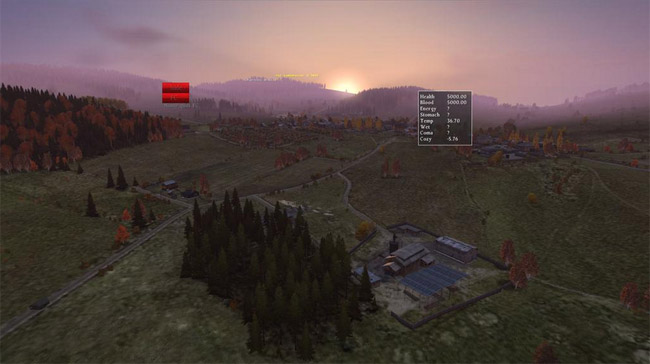 So we’ve just wrapped up Survivor GameZ VI – it was a rough one for the team for several issues I’ll outline below. It is important to understand that the Survivor GameZ are and always have been a community event, something entirely put together by volunteer people working in the free time. That said, despite the event’s limited resources we have done some amazing things together. For Survivor GameZ VI, despite using the exact same build and hardware that we used for the Survivor GameZ VI qualifiers (Which was arguably significantly smoother) we encountered alternating network issues. These issues were shown in aberrant player positioning at the start, and evolved later on into full blown network failures on the dedicated servers used. I’ll go into the issues in a bullet point list below:

Player positioning was in flux at the start of the game, despite player numbers and server performance being in the green.
Despite this issue, we decided to press on in the hopes that the transient network conditions causing this would resolve themselves.
I was confident that the issues causing it were network related, as the exact build for client/server was used during the SGZ VI Qualifiers without any major issue
Later, more severe network conditions revealed themselves when the gameserver IP became compromised.
At this point, steps were taken to begin the move to the backup game server – however given the extreme nature of the network attacks on the original box, gaining access to the required files to ensure player and world parity with the new server caused this task to take longer than expected.
During the downtime, I made the call to cycle people back into the existing server in the hopes the attacks would subside long enough for us to complete the event.
Once the transition to the new gameserver occurred, the event was able to conclude without anymore performance or network issues impeding it.
So thats a recap of the technical hurdles we faced with that event – I’d like to move into the steps for mitigation that I’ve outlined moving forward. (On to the Survivor GameZ VII Qualifiers next month)

We’ll be reinstating an easily configurable VPN for all network connections.
Combining with the VPN, we’ll be ramping up fallback servers from 2 – to 5.
In addition, we’ll be removing the possibility of the server name or IP showing by redirecting users to the main menu when connecting
A dry run on the build & gameservers (with the competitors) to be used will be run the day prior to the event. (Previously tech tests were done with internal staff)
Moving from technical, to game play. Lets talk about some of the decisions made, why they are made, and what impact the type of event the Survivor GameZ is has on those who play it.

Obviously, a lot of folks seem to be upset about the call to let Anthony continue in SG VII – and more specifically, the bug that affected him as we switched game servers. Early on, Anthony passed out just inside phase two. Despite him being unconscious – the decision to continue on and hope to wake was entirely his. He was within the phase boundary, and he chose to carry on and hope for the best. Fortunately for Anthony, he did eventually wake up and was able to make his way out of the dangerous field he had fallen in.
The larger amount of discussion centers around the next issue Anthony faced as he struggled to stay in the game. Sometime after one of the rejoins during the network attacks, Anthony rejoined the game and lost his players gear, but had his health and blood reset.
Much like my fated decision in Survivor GameZ III, I personally made the call to allow Anthony to continue. He was not killed prior, and had fallen victim to a bug that while unfortunately cost him his gear – somewhat balanced it out by a physical condition reset.

The complex network issues we experienced during Survivor GameZ VI caused a good amount of difficulty for all competitors participating, as well as the SGZ Staff (and arguably the viewers). That said, I urge people to remember what the Survivor GameZ is, and always has been. A grass roots events powered by community members, volunteers, and a passionate audience. No one knows the issues we faced this event more than the people behind the Survivor GameZ – and for them, its not just something you tune into, and talk about in chat rooms and on twitter afterwards. The whole team carries the burden of the problems experienced, and the obligation to resolve them moving forward.

Looking forward to Survivor GameZ VII and its qualifiers, we have a clear path on how we can address the issues we experienced, and more than that we have the driving commitment to evolve and improve moving forward.