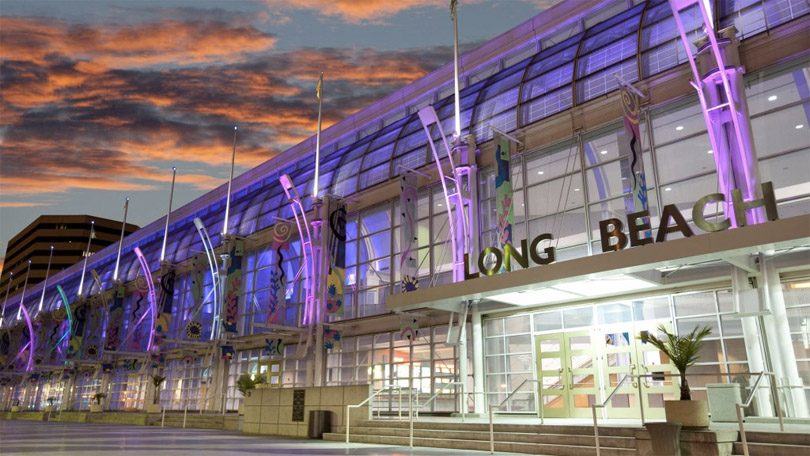 SAN FRANCISCO – January 10, 2017 – Twitch, the world’s leading social video platform and community for gamers, today announced the dates and location of TwitchCon 2017. This year, the premier convention dedicated to the culture and community of Twitch’s creators, viewers, and industry partners, will move its third showing to the Long Beach Convention & Entertainment Center in Long Beach, CA on October 20-22.

TwitchCon 2017 is following TwitchCon 2016’s successful run where more than 35,000 people attended the San Diego-held event over the course of three days. Once again, Twitch invites its community to network, attend industry and community-driven panel sessions, participate in live events, check out relevant products at exhibitor booths, and more. With Twitch’s recent expansion of its content categories, TwitchCon 2017 will be extending its focus to encapsulate the interests of its broader community.

Twitch selected the Long Beach Convention & Entertainment Center for its design and location. The center features an impressive main theater and arena, while boasting 150 restaurants in a 10-block radius to accommodate the multitude of expected community meetups. It is also served by three airports–which will be beneficial for the extensive amounts of out-of-state attendees–and surrounded by numerous hotels at more ideal rates than previous TwitchCon locales.

To assist with accommodations, Twitch has negotiated travel discounts and secured a limited number of reduced-rate hotel rooms near the convention center. Since rooms at the group rate are limited and available on a first-come, first-served basis, attendees are encouraged to book early for the best selection and price through Twitch’s online booking system located at TwitchCon.com.

Along with the new TwitchCon locale, Krystal Herring is the new Director of TwitchCon. Krystal brings 10 years of event expertise to the table, as well as a deep understanding of the Twitch community from her streamer background. Krystal was previously a Marketing Events Manager at Twitch for the last two years where she has worked on dozens of events, including managing past TwitchCon ticket, travel, and staffing operations. She is now poised to build an even better experience with TwitchCon 2017.

“It was through the passion of our creators, exhibitors, and fans that TwitchCon doubled in size in its first two years,” said Krystal Herring, Event Director, TwitchCon. “Our goal this year is to continue celebrating all things Twitch, including the newer broader scope of content on our platform. With our IRL category for vlogging and our upcoming mobile streaming app, even people who can’t attend will be able to connect with their favorite broadcasters and friends who can.”

More details and new features coming to TwitchCon 2017 will be revealed in the coming months, including ticket sales, an initial programming schedule, and call-for-content.